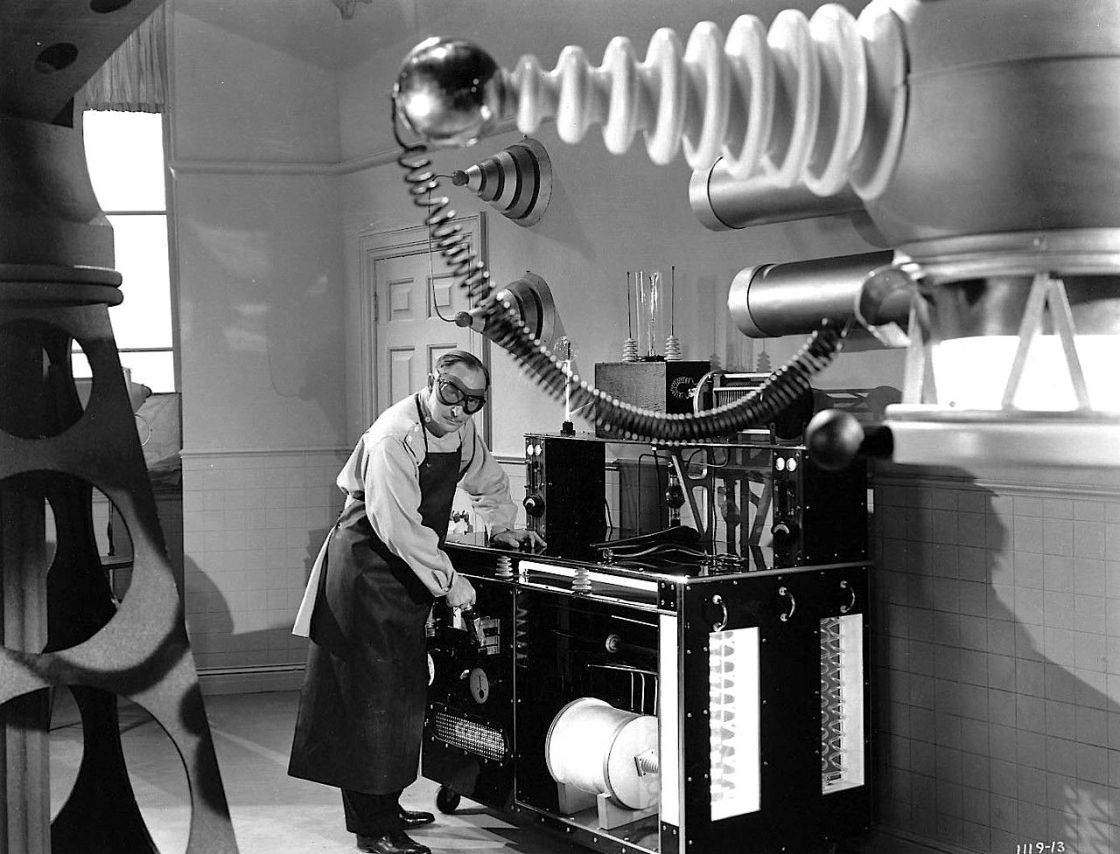 Another year goes by and another explanation for why Stradivari violins sound better than others. Now a new study published by the scientifically peer reviewed Proceedings of the National Academy of Sciences of the United States of America has been picked up by the Guardian Newspaper for public consumption as an answer to one of the world’s enduring mysteries. Before rolling over and going back to sleep, Benjamin Hebbert asks a few questions…

Almost a decade ago, I was a guest of the History of Science Department of London’s Imperial College to give a lecture entitled Stradivari, Science, and the art of Snake Oil Selling, which was about the cult of scientists applying their own scientific areas of expertise towards figuring out why Stradivari violins “sound best”. I can’t remember if it was around the time that the mini ice-age was the popular myth for why Strads sounded so good, or if it was something to do with fungus. At the time, one of the highlights of the talk was a 2006 press release by structural engineers at Mid Sweden University, which had been picked up around the world reporting on their intended research to crack Stradivari’s secret. The principles of an experiment had been put forward at a 2005 International Congress on Sound and Vibration, but as the Washington Post reported in 2006: “This project is not yet underway, Tinnsten said, “but all we lack is time.” …  … twelve years on, the clock is still ticking …  … There is no evidence that the project ever began, and no further reports from the university.

PRESS RELEASE: Benjamin Hebbert intends to interview Antonio Stradivari and record all his secrets, just as soon as his Tardis is working. “All we lack is time…”.

I wish I could grab world media attention for proposing an unlikely project that I have no chance to succeed in: Benjamin Hebbert will do a backflip on the moon, cure diseases, discover who really did paint the Mona Lisa, or can perfectly impersonate Shakespeare by sporting a dress and calling himself Queen Lizzy … (yawn). In the era of Fake News, it is comforting to remember that in the good old days, not even news could be promoted by PR departments of world-class universities. But, I was interested in how this reportage of nothing put into focus the bankable value of Stradivari violins and the associated mysteries as a cultural phenomenon that reaches far beyond the players and listeners of classical music, and how important a cultural icon Stradivari violins continue to be. In so much as they confound reasonable scientific thought, they continue to tug the chain of journalists and scientists alike.

It’s hard not to groan when another scientific paper hits the press.

Hwan-Ching Tai, an author on the study at the National Taiwan University, said Stradivari violins are often described as having “brightness” and “brilliance”, both qualities that could be rooted in the higher-frequency tones that make the instruments sound closer to female voices. “Some Stradivari violins clearly possess female singing qualities, which may contribute to their perceived sweetness and brilliance,” he said. Female singers tend to have higher-frequency formants than males because their vocal tracts are shorter.

Today, a great deal of brilliance and brightness comes from the kind of strings that are used on an instrument, and different performing requirements can gravitate towards particular tastes. As this useful string reference guide from http://www.stringreview.com shows, the strings used on each instrument can vary the brightness and brilliance tremendously. If you want your violin to go like a Lamborghini, I recommend Larsen’s new Il Cannone, and if you’d like the sumptuous luxury of a Rolls Royce, I’d go for Pirastro’s Obligato.  Under Materials and Methods in the peer reviewed paper, there is no discussion of the concern for strings. Likewise there is no discussion of how the positioning and tightness of the sound-post, or the after-length of the strings behind the bridge can influence tone – one can quite easily adapt a violin to have more soloistic characteristics by tightening the soundpost, and return it to a sound more suited for chamber playing where necessary. In an experiment that compared the Chi Mei collection’s Stradivari violins with those by the earlier Amati dynasty and others from Cremona, it is arguable that the Amati’s are preserved with their antiquarian interest as central to their existence, whilst the Stradivaris are constantly maintained in a soloistic playing condition. It may simply be that level of human intervention that differentiates the recorded tonal properties. Under the heading Objective vs Subjective Assessment, the author admits that “The loan periods of valuable instruments for research are often short, preventing setup optimization and player adaptation to exhibit their full potentials.” I rest my case. Moreover, I was worried about the veracity of many of the statements made which linked the perception of sound in the 21st century to the intentions of the original makers back in the 16th to 18th centuries. Over time these instruments have gone through physical changes, the wood has aged by several hundreds of years with perceived acoustical and measurable physical effects, the nature of the setup and the type of strings has changed along with a large number of possible interventions and repairs. Fundamentally a ‘baroque’ violin setup and strung in a seventeenth century manner will sound completely different to an identical violin set up to modern standards. Much of the discussion about forments would seem to be challenged by these changes in time and function, of the sort that cannot be measured without the assistance of a time machine. The only question about the gender of sound that can be reliably put forward for scientific experiment relates to antique violins in their present-day setup. This potentially has very little to do with the original intentions of the makers. In short, Stradivari could not have known, and is unlikely to have been able to predict what his instruments would sound like hundreds of years after his own death.

I was interested to read how: “The scientists recorded a professional violinist playing 15 antique instruments at Taiwan’s Chimei Museum and compared the acoustic signatures with those from 16 male and female vocalists who were recorded singing English vowel sounds.” However, it would be good to understand if there is any measurable difference between English 21st century vowel sounds, and say, those of Shakespearean English, let alone if there are substantial differences between English and Italian, in terms of the properties required for this experiment, and thenceforth whether 18th century Lombard dialect from Cremona, or 16th-century Venetian dialect spoken in Brescia has the same issues. It would be worth noting the husky female voices from a recent experiment by Schola Pietatis Antonio Vivaldi enquiring how Vivaldi’s Gloria could be sung by an all-female choir at the Piéta in Venice, and revealing how bass and tenor roles may have been sung by women. Does this suggest that the fundamental premise of the experiment is under question?

Within the Figures & SI, it was possible to have some evidence of the instruments used. With two distinct groups – Stradivari and non-Stradivari instruments. It was concerning to see how these were ranged. The Stradivari grouping included ‘golden period’ examples of 1707, 1709, 1713 and 1722, but a very early example of 1667 of fundamentally different architecture, and a 1740 Omobono Stradivari which again would expect to render different results. Apart from an F1 result of 601 Hz for the Omobono Stradivari, higher than any other instrument in the survey, the overall results were fairly close to the Stradivari average, which would seem to contradict the material properties of these instruments, and lead to a question of setup. I was surprised that the Carlo Bergonzi and Guarneri del Gesu violins clumped into the ‘non-Stradivari’ group, because on the face of it, these are ‘golden period’ instruments with more in common with ‘golden period’ Stradivari than not. Overall, the comparison ‘non-Stradivari’ was such a hotchpotch of various Amatis from a hundred year period, a da Salo and a Maggini, a Ruggeri and a ‘filius’ Guarneri, as well as the Bergonzi and del Gesu that it is impossible to make much sense of the data as these are all radically different instruments in shape and design. To my mind, if the peer reviewers had any meaningful knowledge of the test subjects, it would have been impossible to accept this through peer review.

Since violins are a subject that reviewers for The Proceedings of the National Academy of Sciences of the United States of America do not necessarily have expertise to judge, they are relying on the author’s own knowledge as of the subject materials. As often happens with peer reviewed scientific works on the secrets of Stradivari, that’s not good enough. It is interesting to compare characteristics of different violins from one to another, but whether this analysis can provide the conclusions claimed for it is a different matter. The paper fixates on Geminiani’s commentary of how the ideal violin tone should “rival the most perfect voice”. He was surely talking as much about the way that the violin is bowed, and the playing techniques that are central to that, at least as much as the tone of the violin itself. Any fool can make a Stradivari sound like a tortured cat. It is always up to the skill of the player to enable any violin to play to it’s best possible potential.

In sum, the experiment may tell us certain things about the perception of violin tone in the 21st century. A better way of understanding the original way in which these instruments were built may be to take the strings off and remove the soundpost in order to and collect acoustic data. It would be harder to relate that to other kinds of data, but the information gathered from it would be as unpolluted by external factors as possible.  This most recent experiment may tell us things that are particular to the way those particular violins are setup, but if it tells us anything about the way that the violin evolved from Andrea Amati to Stradivari it is a very fuzzy and out-of-focus view. It certainly tells us nothing about the secrets of Stradivari, except as social commentary of the enduring fascination with his works.

The Guardian’s reporting of this paper can be viewed here: Scientists find secret behind sweet sound of Stradivarius violins.

The full paper, Acoustic evolution of old Italian violins from Amati to Stradivari can be read in The Proceedings of the National Academy of Sciences of the United States of America here.