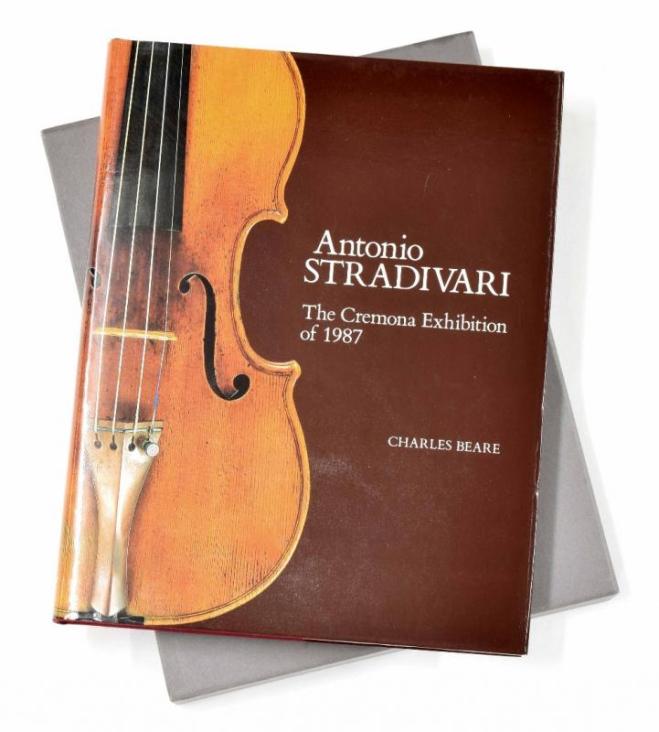 Touring around the 1987 Antonio Stradivari Exhibition in Cremona.

It goes without saying that I was far too young in 1987 to take a trip to Cremona for the legendary exhibition, 250 years after Stradivari’s death. As a student a decade later, one of my most cherished possessions was my copy of Charles Beare’s exhibition catalogue. Today, with a plethora of colour publications about Stradivari’s works, I still return to this landmark because every violin is a king amongst kings, and it surveys the whole span of Stradivari’s work. The great reference volumes trying to list every instrument regardless of wear and repairs can be overwhelming and can give a distorted view as a result. To understand Stradivari as a totality, this catalogue is unrivalled. For violin makers of the 1990s it was also the first time we could see violins by Stradivari coherently presented in colour. The contribution to modern violin making of this book has been groundbreaking and immense. It continues to serve a vital purpose.

My delight is self explanatory in discovering this little gem on the internet. Two hours of a tour of the Cremona exhibition under the guidance of Charles Beare with the most extraordinary cast of musicians – Pinchas Zukerman, Yo-Yo Ma, Anne Sofie Mutter, Nigel Kennedy, Manoug Parikian, Nigel Hasson, Daniel Phillips… and Yehudi Menuhin conducting. These are two hours of your life worth the time and worth revisiting.

The film was made for BBC Television and can be found on DVD released in 2002 by London Films. See here for the British Film Institute record of it.